In my experience the “dull” horses are the ones that are actually the most sensitive. Yet they are labeled as dull by owners and even other trainers. These are the horses often ridden with whip and spur. Maybe they have a big bit as well. For some reason these horses are the ones people think they need to use force on to make a change. 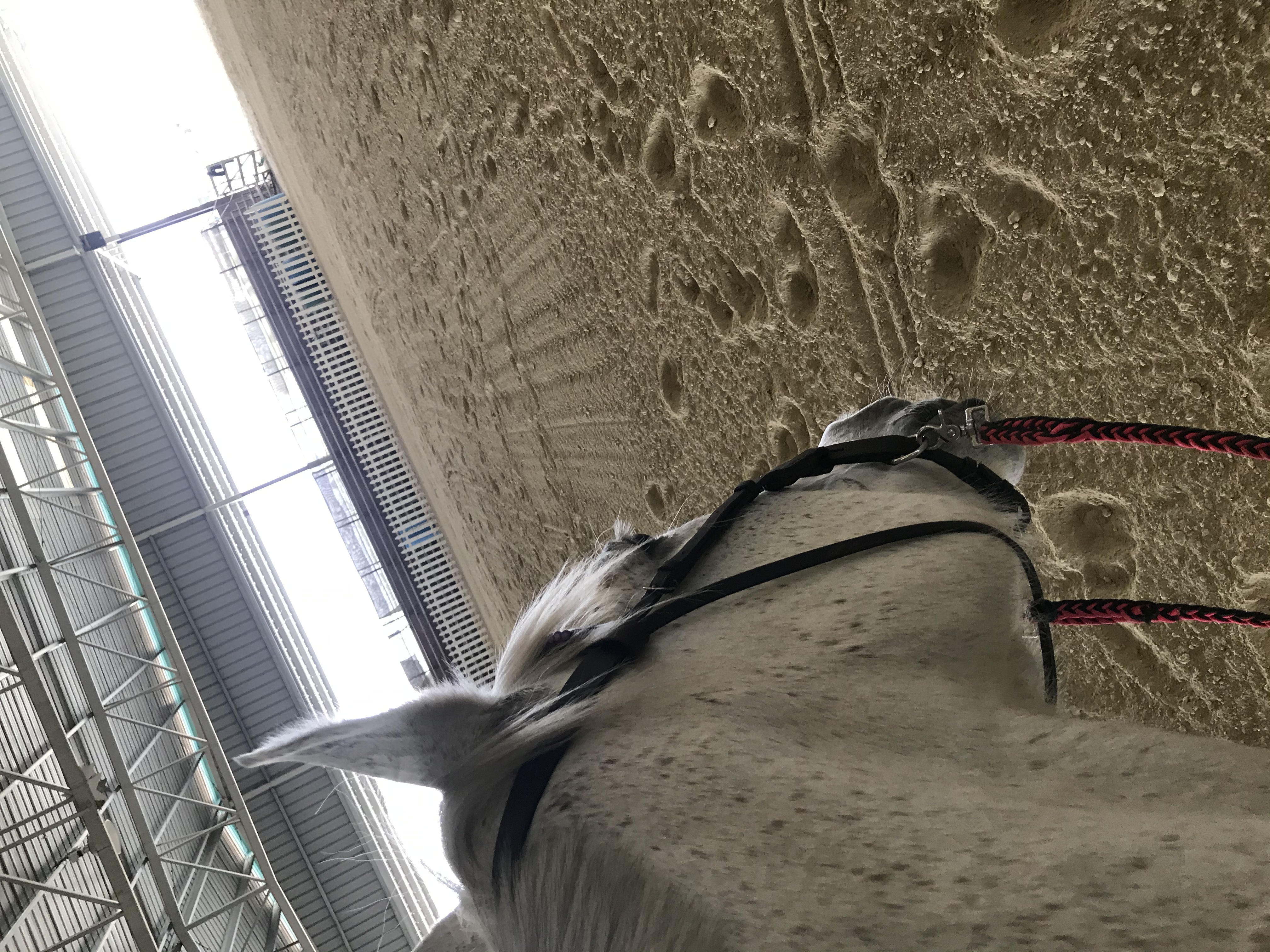 What I believe all too often happens is that these horses labeled as dull have been failed by their training program. These horses are predominantly, although not always, hyper sensitive and reactive. To me this makes them some of the easiest horses to work with. However these horses are also easily overwhelmed. If they receive too much stimulus at once they are likely to freeze. This freeze state is all too often perceived as resistance or obstinance so the horse is pressured more to make a decision. If the horse panics it is perceived as a tantrum and more pressure is applied.

If this pattern of events plays out enough the horse begins to exist in a constant state of overwhelm. The body begins to shut out stimulus to protect the mind. Thus a shut down horse has been created.

These shut down horses are most commonly called dull or stubborn. They aren’t generally thought of as problem horses that need to be fixed, just horses that you need a lot of force to work with. Many people actually prefer horses like this because they are bombproof and dependable. They are so out of their body that very little with affect them and cause an unexpected reaction.

In fact I would go as far as to say that the majority of horses live in some sort of shut down state. Depending on the degree of shut down they could be “husband safe and quiet” or “strong willed and bombproof”. Because people are so used to seeing these shut down horses most horses that aren’t shut down are labeled as reactive, hot, spooky, or sensitive.

Let’s face it – horses are reactive, hot, spooky, and sensitive. As prey animals that is in their nature. Their ability to spook at any possible threat keeps them safe in the wild. This is literally what they have become fantastic at for hundreds of years. Any idea that you can train that instinct out of a horse is malarkey. All you can do is shut them down or teach them to trust you and feel safe with your guidance.

So how do you go about rehabilitating a shut down horse? The very first step is to lift the horse out of the freeze state and into a state of relaxation where the horse’s body is in the parasympathetic nervous system. There are lots of round pen and line work exercises that assist with this process.

As you get the horse more relaxed and more consistently in the parasympathetic nervous system the horse will be less reactive and spooky. Then you can begin to do more traditional training with the horse and work through all of the triggers that reactivate the horse’s sympathetic nervous system. Often a shut down horse will be triggered back into the freeze state by simple things like tacking up or mounting. Some get triggered just by being haltered. All of those triggers have to be eliminated.

As you do this work you will find that the horse is more alive and their personality will begin to shine through. They will begin to react to just the thought of something instead of a large physical aid. When once was it was work to get anything from the horse over time it becomes simple and easy.

This should be the norm with horses, but it isn’t. The glazed eyes and dull horses are far too common. We need to start opening our eyes to their fear and pain to prevent the idolizing of shut down horses. They aren’t well trained horses, they are broken horses. We need to stop calling horses dull or stubborn to help us sleep at night when we shut them down and take away their voice. Deep down we all know it isn’t right even though it has been normalized in this industry. Dull shouldn’t be a word used to describe any horse, regardless of their personality or background.

Every horse in every minute gives off a certain energy. In fact every creature does, we are just very bad at reading it. Most people can feel the energy shift when a horse tenses and Read more…