Asking Questions Instead of Giving Commands

I seem to be on a bit of a trend here with blogs on training philosophy. I think it’s because I’ve become a lot more clear on a few topics recently and really wanted to share them. 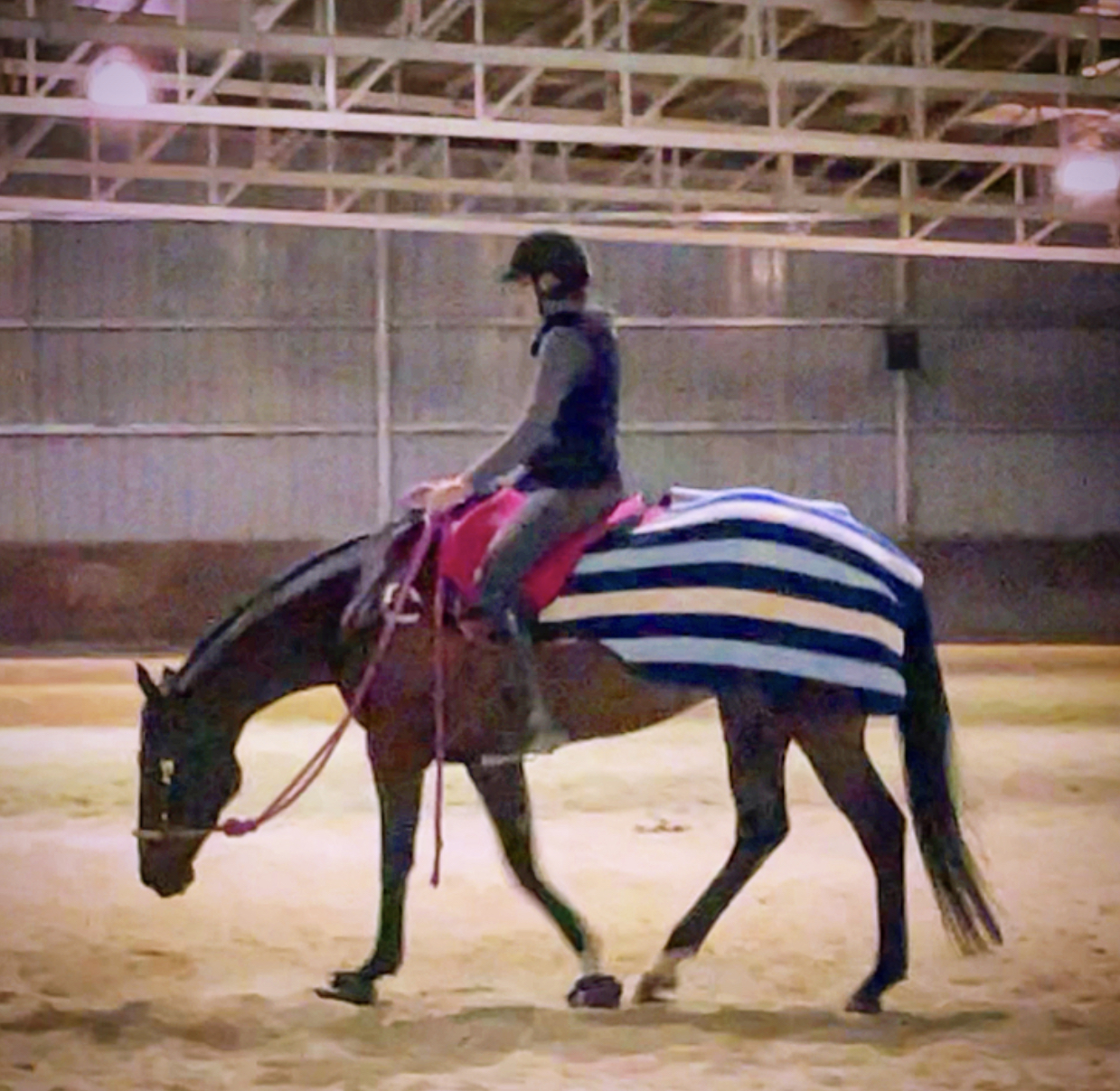 This week I wanted to discuss the difference between giving your horse an aid or a command versus asking questions. For most of us we have been taught to work with horses in language that implies they are like machines. You use the correct aid or command and you get a certain response. I think this language makes it easy for us to talk about horses, but it isn’t terribly helpful or accurate. Don’t get me wrong, I still use it for my beginner kids’ lessons. Although I’d like to move away from it, I haven’t found a better way to say things that doesn’t over complicate or confuse people.

When we start talking about horses like they are machines it makes it so much harder for us to address and acknowledge the living, thinking, breathing part of the horse. Like I talked about in my article last week about Giving up Control, riding well and working with horses is a partnership. To fully acknowledge that we have to acknowledge that the horse can not only think for itself, but can also make decisions for himself.

This is why I’ve started using the language of asking the horse a question instead of giving him an aid. Using the language of asking a question already reframes our mind to expect an answer from the horse instead of a predefined response. This language also helps us to listen for the answer. If we are only listening for a specific response we can often miss when the horse instead responds with confusion, a question, or “no”. If we aren’t listening to the horse’s answer then we can’t possibly uphold our side of the conversation. We probably often resemble the person who keeps interrupting and talking over you in a conversation. It’s no wonder our horses get tired of us and stop wanting to participate.

Another important thing about asking a question is it gives no attachment to a specific answer. Giving a command encourages us to accept only one answer to the question. In reality there are lots of possible answers and there’s no reason that most of them shouldn’t be acceptable.

As a sidenote I haven’t particularly cared for the concept of only asking “yes questions” or questions a horse can say yes to. I prefer thinking of my questions as an open ended question where the horse can fill in the blank. This gives the horse more control of the situation and gives us a more accurate insight into the horse’s mind. However in the instances where you do need a very specific answer then asking “yes questions” is very appropriate.

So how does one go about asking questions instead of giving commands? It really isn’t much different physically. When asking a question make sure you are mentally accepting whatever the horse responds with and listening for that response. Always ask as quietly as possible and don’t back yourself up if you didn’t get a response. Wait a bit before asking agin if you got nothing back, but make sure to listen even better next time. Chances are you missed the response.

The second part to asking questions instead of giving commands is that you have to be able to respond to whatever the horse answered with. A lot of times if somebody asks for something and doesn’t get the response they want they will keep asking for that same thing. That isn’t asking a question, it’s quietly demanding and insisting that the horse obeys.

But what do you do when the horse says no? This is where the concept of only asking yes questions came from. Ideally you don’t want to get to a place where the horse says no. It’s fine, but it can be a bit of a conversation stopper. If the horse is saying no a lot then eventually he isn’t going to want to be a part of the conversation at all. If the horse does give me a no I will try to ask for something easier or generally more appealing to the horse. Basically I’m going to try to get back to a place where the horse can say yes to me. The better I know the horse the easier it is for me to find a question the horse will say yes too.

A common example of this is a horse that is cantering along and you ask him to slow down. He responds with no. In that situation I might instead ask if the horse could begin to turn. I might ask the horse for several turns until he either offers to slow down or I feel like I could ask again and get a yes. If the horse says no to my request to turn I might just give the horses a pat and remind him that he is okay. I might go with him for a few strides and then maybe ask him to put some thought into looking a new direction (asking an even easier question). Eventually we would get to a place where the horse could start to say yes and then I could work to a place where the horse could say yes to slowing down. This can be a really challenging spot for people because our fear can’t start to take over. That’s why you need to know you have the relationship with your horse that will allow you to feel safe being vulnerable. Again I wrote about that in last week’s blog.

Our greatest struggles in asking questions instead of giving commands are to make sure that we are always listening to what the horse is saying and doing our part to keep the conversation going. We don’t want to be the person in the partnership that dominates the conversation and makes all the decisions. We want to find the balance where when a situation arises that the horse has to go with us we know he will want to go with us. And if you ask your horse enough questions that he is happy to say yes to then he will be willing to say yes to the important ones. That is what trust comes from.

Every horse in every minute gives off a certain energy. In fact every creature does, we are just very bad at reading it. Most people can feel the energy shift when a horse tenses and Read more…

Horsemanship and riding often revolve around us being in control of the horse. Although that has become the status quo, there are quite a few problems with it. If we are always focused on being Read more…

Last week I wrote about forcing horses to comply to our demands. If you didn’t see that article, check it out here. What was interesting to me is the conversations that article brought up. It Read more…