Last week I wrote about forcing horses to comply to our demands. If you didn’t see that article, check it out here. What was interesting to me is the conversations that article brought up. It seemed that everyone took something different from the article, but there was a common theme of people wondering how to address unwanted behavior. That question really intrigued me and I thought it warranted its own blog post. 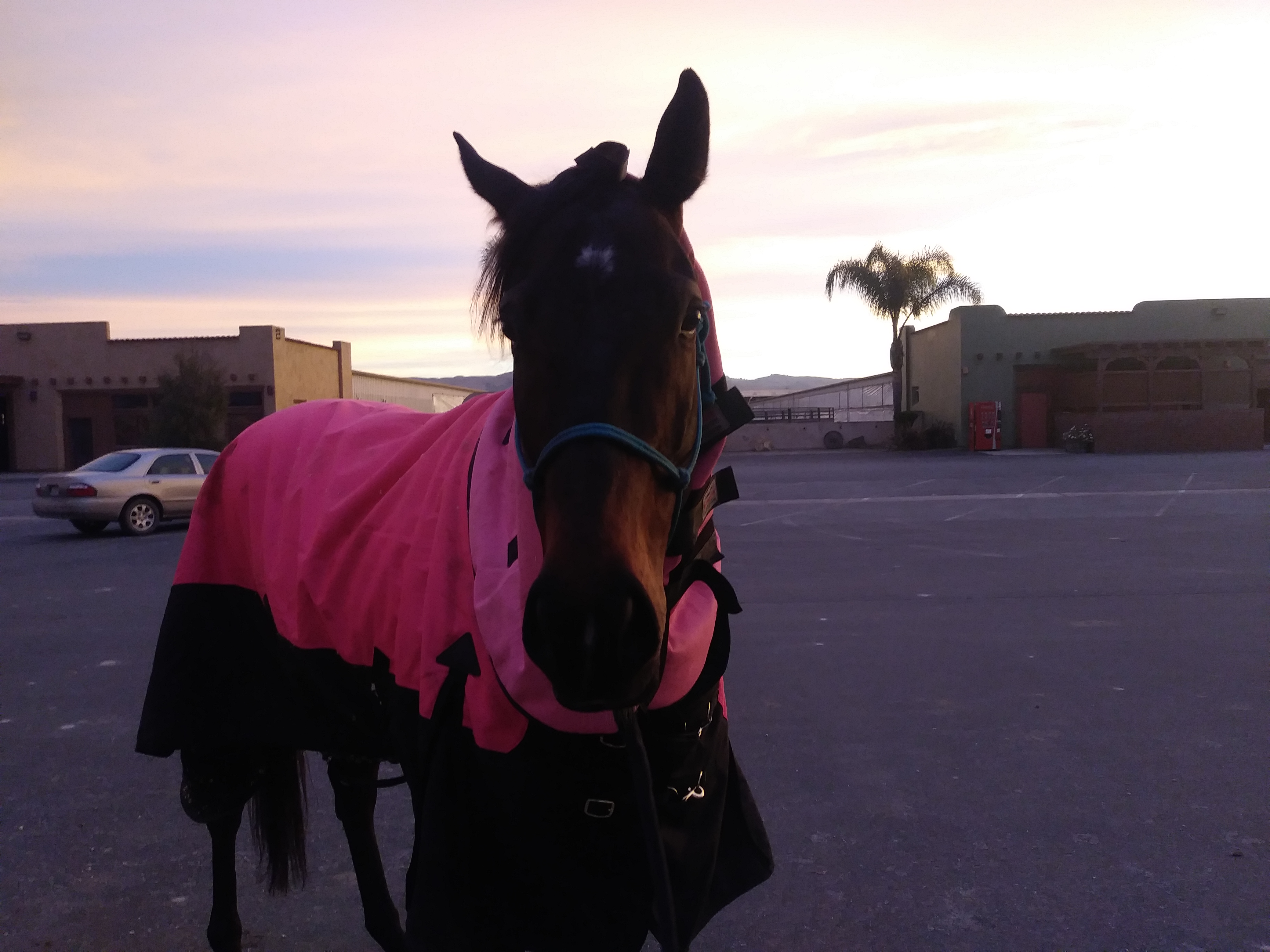 So if you accept that you want a relationship where the horse is willing to work with you and you aren’t going to make him do things, how would you go about discouraging an unwanted behavior? I touched on this a bit in the last article, but didn’t go into a lot of detail because it wasn’t the point of that article. The first thing that comes to mind for me is that any conversation has to have rules to it. Just like in the US we have the right to free speech it doesn’t guarantee us the right to speech without consequence. And I think with horses there’s no reason for it to be any different.

I am all for horses expressing their opinions and saying no when I ask them something they don’t want to do. However, I need to know that they respect the rules of our conversation to keep both of us safe. There are times when kicking out or rearing are acceptable ways to communicate dislike or playfulness. But that is behavior that has to be done far away from my bubble to keep me safe. It’s not behavior appropriate for the end of a lead rope or under saddle.

For some horses this doesn’t need to really be taught. Some horses just have the innate concept of keeping their humans safe. Most of the babies I have worked with have that concept. It isn’t that I have taught them not to kick at me or rear at me or bite me aggressively, but I think my emotions to those actions are enough for them to learn. The first time they think about rearing near me I get worried. I’ve only had one that ever did it more than once. She did it three or four times in succession before giving it up. I didn’t punish her for it, but I also didn’t engage in it. I let my worry speak freely to her.

By the time I put horses under saddle they generally have a good idea that things like bucking or bolting under saddle would be a bad idea. It’s not that I’ve never had a young horse do it when I’m starting them, but it is always a response to fear. That’s why an inexperienced rider has no business starting a horse in the first place. As the horses get used to being ridden and used to doing all the things that ridden horses do they begin to learn that they need to give their rider a higher priority. They need to think before they spook. A lot of that can be taught on the ground, but it is a different dynamic under saddle and sometimes horses have to learn that before they can really be trusted. That being said I have never had a young horse actually intentionally try to dump me. The horses that have tried to get me off have all been older and ill-trained. They are horses that have learned they don’t want to participate and are ready to end the conversation before it has even begun.

So the safety part of unwanted behaviors I find to almost take care of itself. The behavior that I have struggled the most with is mouthiness. Horses know that they aren’t biting to hurt me and I know it too so the fear element isn’t there. They think it is a really fun game and they play it with other horses all the time, so why shouldn’t they play it with us? I find it both annoying, obnoxious, and dangerous because you never know when they will take it a step too far. So how do you go about communicating that to your horse?

The easiest way to get rid of an unwanted behavior is simply to ignore it. But if your horse is anything like mine he is a bit like a dog with a bone when he has decided he wants to play a game. Refusing to participate only serves to anger him and he becomes bigger and bigger about his request until you eventually comply or are forced to put a stop to it.

This is where I switch modes a bit and go into teacher mode. It is my job to teach the horse the rules of the game by making the right thing easy and the wrong thing hard. If the horse is nipping I will block him with my hand on the side of his face. I aim to make contact somewhere between the horse’s nostril and eye so that I don’t accidentally end up with my hand in his mouth. Some people will claim this is hitting a horse, but I want to make a very clear distinction. I am simply raising my hand and putting it in the right spot so when the horse swings around to try to nip me he hits his head on my hand. Done enough times the horse will learn that when he goes to nip me he’ll hit his head on my hand. Eventually that game won’t seem fun anymore. So I’m not punishing the horse for trying to nip me, I’m just making the game as obnoxious and unenjoyable for the horse as it is for me.

Another example of an unwanted behavior is a horse that likes to walk ahead of the handler. In this situation I would set up a pressure for the horse to run into when he begins to pass me. The best way to do this would be to have a flag or end of the rope to swing or rustle or move in a way that creates pressure for the horse to run into. Every time the horse starts to creep up you would add a bit of pressure and he learns that if he stays back he will be left alone. The other way I’ll do this is by shaking the rope as the horse walks forward. It really isn’t as good a way of teaching the horse to stay back, but it’s much easier timing-wise and application-wise if you have multiple horses in your hand. If done correctly you shouldn’t have to escalate the pressure. You just have to create a little wiggle on the rope every time the horse begins to sneak up. What I see happening a lot when people attempt this, especially when shaking the rope, is that people don’t time it well so they aren’t consistent. They aren’t aware of the moment the horse begins to come up and so the pressure isn’t there for the horse to run into. Instead people often use the pressure to punish the horse for being ahead of them. Unfortunately the whole key to preventing the unwanted behavior is catching the behavior before the horse has finished doing it so that the horse creates the pressure himself. Observation and timing is key.

Remember that these strategies only work for preventing behaviors. They don’t work to get the horse to do a specific thing. Teaching a horse to perform specific behavior relies on setting up a framework where the horse genuinely wants to participate and wants to do what you ask. Ask questions the horse can say yes to and reward the horse in a way that he appreciates when he gives you that yes answer. When the horse displays behaviors you don’t want you can use these strategies to help discourage him from performing them.