The Rhetoric of Making or Forcing a Horse

In the last several weeks this has been coming up for me more and more and it’s starting to really bother me so I figured it would be a good topic for a blog post. If you think about how we tend to talk about horses we use dominance based language to surround every action. It has become so commonplace that most of us don’t even notice we are doing it. For instance you might say, “my horse didn’t want to jump the oxer today, but I made him do it.” Or another example, “I made my horse canter for 20 minutes today.” Even though people saying these things probably don’t mean anything by it, it gives you a clue as to how they think about their horse and their relationship to horses in general. 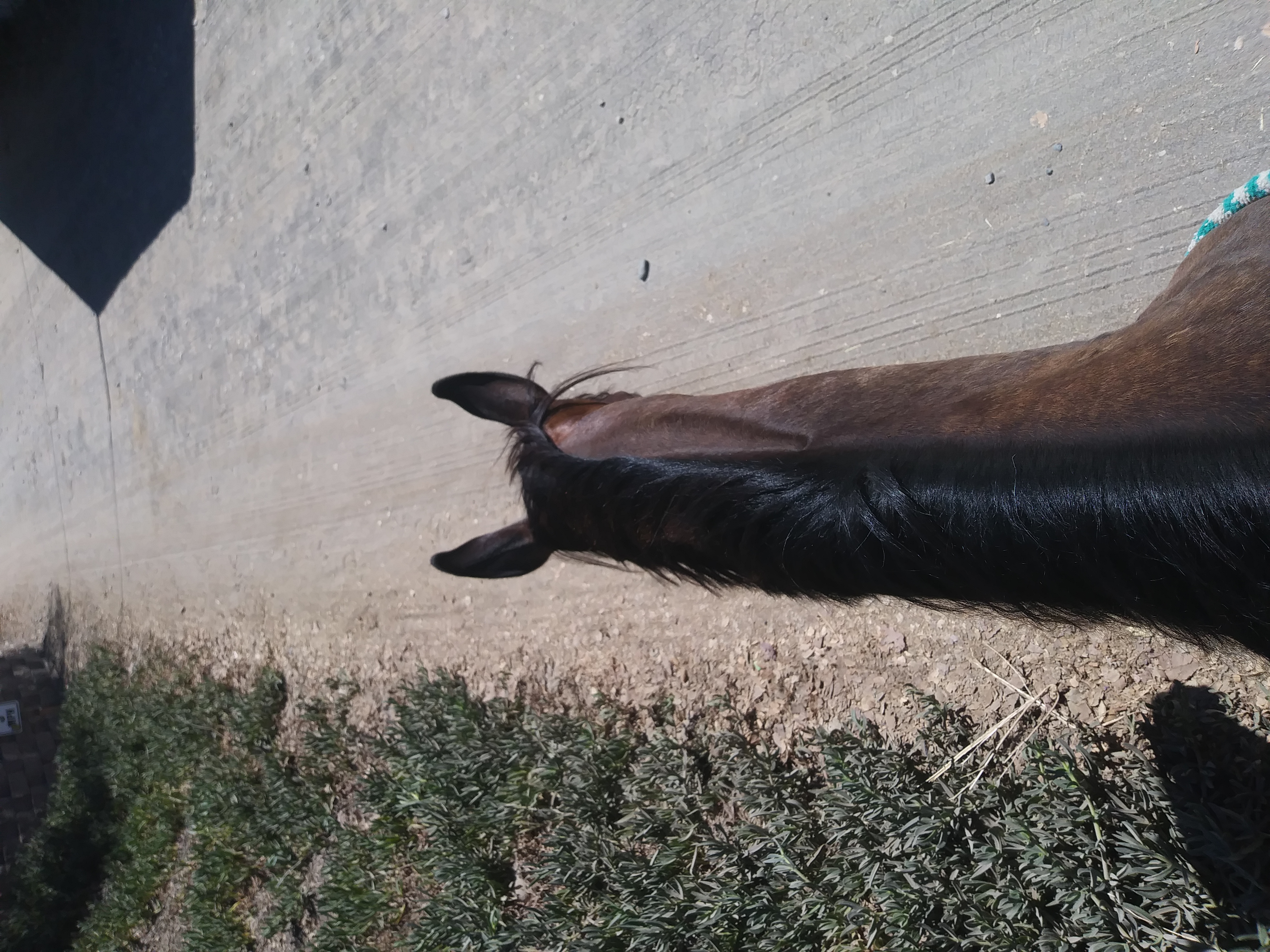 When we start using phrases like “make”, “force”, “won the fight”, or “didn’t let him get away with it” we turn every action into a battle. In this situation what happens when the horse voices an opinion? What happens when he is in pain or physically unable to complete a task? Regardless of the motive for disobedience the horse will get forced to give in and listen to his handler because this mindset leaves no room for disobedience.

If the horse is indeed in pain and is forced through it he will learn to distrust his handler and eventually act out bigger and bigger in order to try to prevent pain. It becomes an all out battle of wills because the horse knows he will get hurt either way and the humans know they must not fail. This is such a dangerous road to go down because it leads to scared, anxious, hurting, shut down horses.

You may be saying to yourself, “but there is a difference between making a horse listen and shutting them down”. To this I would say not really. Horses that are forced to listen are shut down, at least in some way. Every time you use physical or mental force to make a horse do something you are teaching him he has no choice. He must listen to you no matter what he feels or thinks.

So what is the difference between setting healthy boundaries and taking away the horse’s voice? That is where things get tricky.

First of all everything should be a conversation. You may want to walk forward from the mounting block so you ask the horse to walk with a leg cue. He hesitates, unsure if he feels ready. You encourage gently and he willingly steps off. Or when you encourage he plants his feet. Maybe he is anxious, in pain, or you are sending mixed signals. You may help him relax, look for signs of pain, or be clearer with your aid to encourage him again.

Second off you can easily set boundaries for your horse without forcing him into submission. Giving consequences for actions can shape behavior while giving the horse a choice. For instance, if a horse tries to bite me his face will hit my palm. That is the consequence. You do have to be sure that consequences aren’t used sequentially to force a horse into submission. They can only be used to prevent an undesired behavior. They can’t be used to force a horse to do something. Hitting a horse when he walks forward because you wanted him to stand is unfair because you are making the horse do something by taking away all other options. Punishment needs to be directly correlated to unwanted behaviors when there is no other way to train them. I normally use punishment to defend my space and keep me safe. Most other things can be accomplished with time and a conversation.

When you think of your horse as a partner instead of a being to be dominated it leads to a healthier relationship for both you and the horse. When horses know they have a say they are more than willing to go along with most of our requests. They truly enjoy the entertainment we provide and value the partnership they have built. When we insist a trusting horse will say yes instead of no because they have no reason to deny you something you clearly want.

If you think about the relationship you want with your horse, this is what everyone talks about. A true partnership where you can share ideas and do things together. When we use words like “make” and “force” we are subconsciously giving ourselves permission to dominate our horses as well as helping to normalize the culture of dominating horses. It all starts by changing our language about our horse.