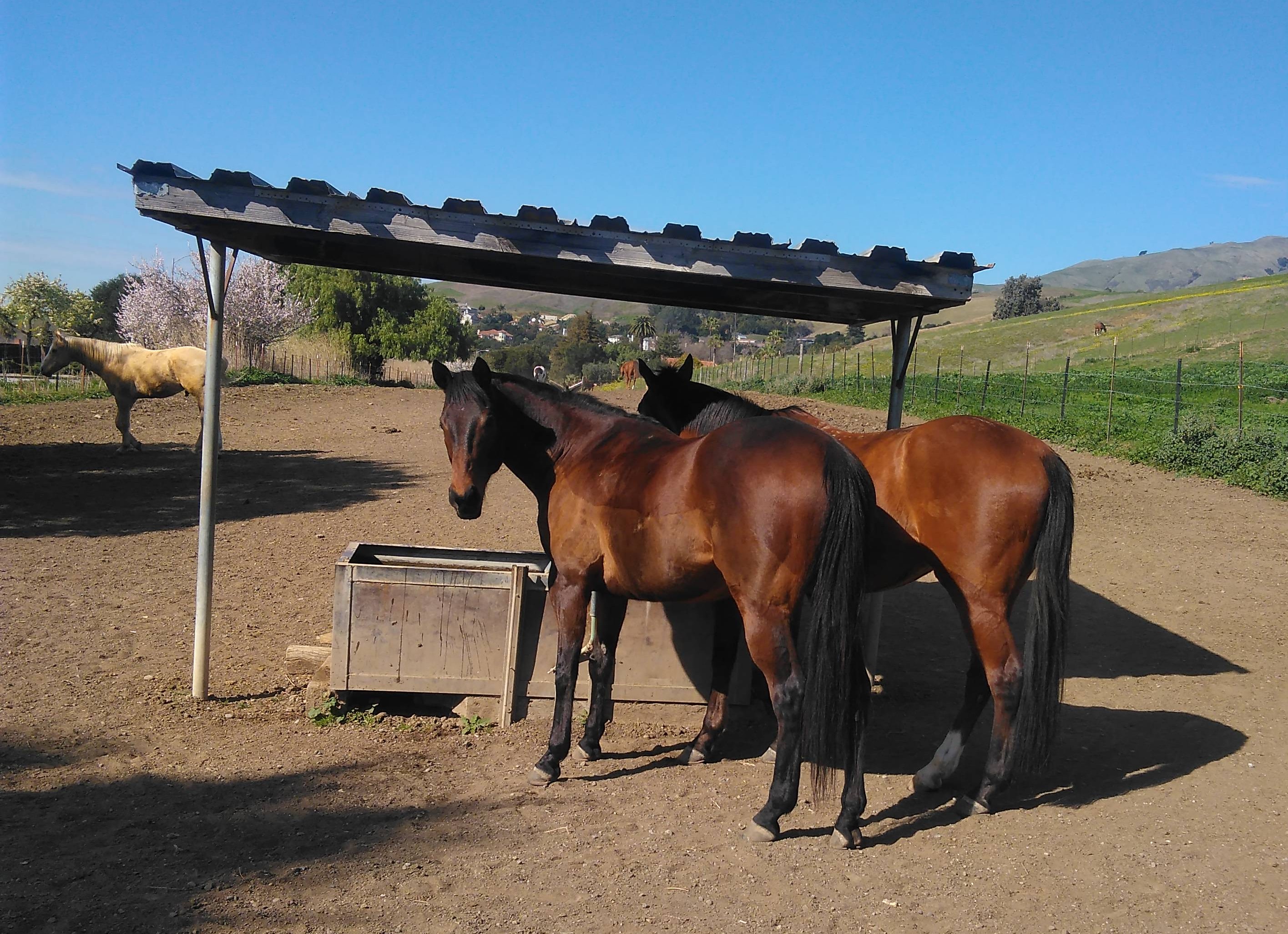 When looking at horse ads and iso’s, I constantly see the term “bombproof”. It’s what everyone is looking for and what every kid-safe horse’s ad declares. It seems that for most people “bombproof” is the ultimate sign that the horse is indeed good.

However, when I think of the word “bombproof” I see a shut down horse that may not react to a bomb going off. The problem with this is that every horse will react eventually.

I would much rather ride a nervous wreck because at least I know where they stand. I can help them relax and I can tell when their anxiety is building. Knowing what is going on allows me to influence it and avoid the explosion.

Shut down horses on the other hand are like ticking time bombs. No one knows when they are going to blow, but when they do it will be big. Shut down horses ignore all stimulus until they can no longer contain their worry. This means they won’t react to loud noises, scary objects, or new locations. Similarly, they ignore leg cues, kicking, pulling on the reins, and beating with whips. When they respond it is slow and grudgingly.

These are of course the pros to a shut down horse. They are relatively unlikely to move too quickly or respond in too big a way.

The down side to this is that they tend to have a lot of pressure piled on to them. Although they can handle much more than the average horse, one must do much more to effect change as well.

Over time, all this pressure builds. Think of it like a cup being filled with water. The plastic bag blows across the street – add some water. You have to smack the horse 4 times with a crop to get him walking – add more water. You haul on his mouth to stop him (or lightly touch the twisted wire kimberwick he has to wear so the kid can control him) – add more water. Most horses would be in a full panic at this point. Your shut down horse on the other hand has a big glass.

All of this pressure slowly adds water and his glass is still not full. A couple weeks later, he explodes. You don’t understand why or how so you assume it was a random occurence.

Sometimes you can go months or even years between explosions. Between these events, the horse will put on a brave face and be okay. Turnout and a relaxing atmosphere will help evaporate this water and delay the explosion.

The problem is, this kind of horse is still inherently unpredictable. The explosions will come at random and will often be big enough that someone gets hurt.

When looking for a child or beginner’s horse I want something that is present, forgiving, and brave – not bombproof.

First and foremost, I want a horse that is present. The horse should readily respond to cues and engage with the handler. It shouldn’t take multiple kicks, a whip, or a big bit to control this horse.

Secondly, I want a horse that is forgiving. Beginners tend to make mistakes. Kids do foolish things no matter how well supervised and mature they are. A good horse can take a joke and won’t get offended. When you make a mistake both of you can move on and try again.

Lastly, I want a horse that is brave. This kind of horse may get nervous about something, but he isn’t going to run for the hills in a panic. Instead, he’ll evaluate the situation, look to his rider for guidance, and move to a safer location. These are the horses that walk away from waving umbrellas because they don’t care for them or jump at a sudden noise, but hold themselves together. Unlike a shut down horse, these horses notice everything. They just don’t explode.

Next time you are searching for that safe horse or you come across a bombproof one, think about these things. Choose to ride a horse that is actually safe instead of the one that doesn’t react. Instead of training your horse to ignore things, train your horse to think and check in with you. Remember, every horse will react eventually. The question is when.